We Make Your Clients Stick to You!

Last weekend, I gave a keynote speech at NAMS.

The topic was “I *Freaking* Double-Dog Dare you to Be Awesome”. Here’s me walking up to the stage. 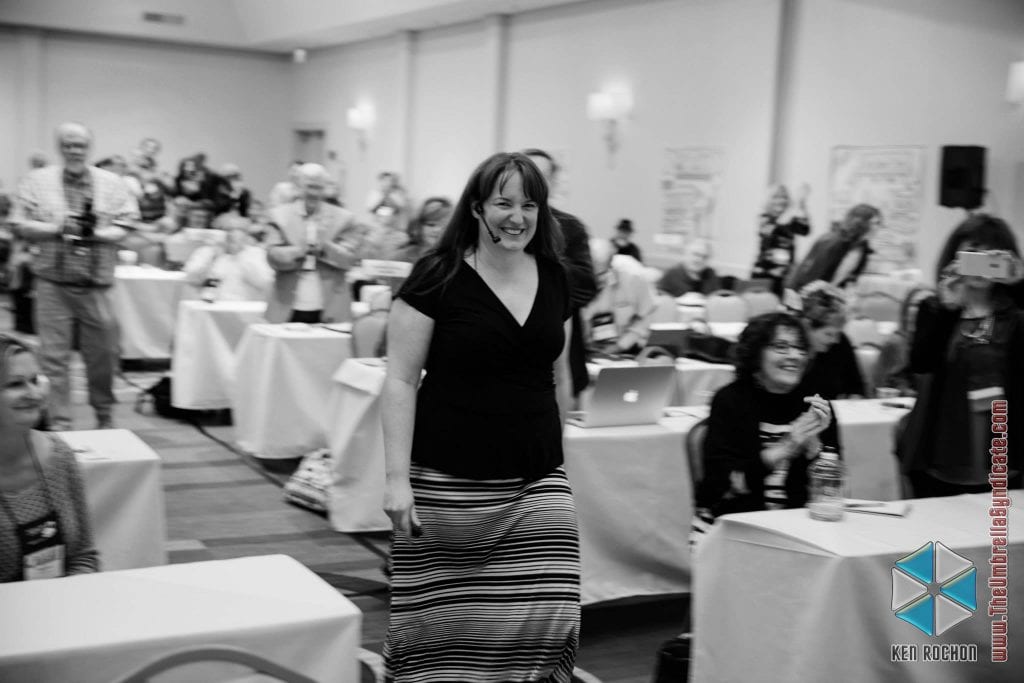 In the keynote, I talked from the heart about my mission. I want to help Entrepreneurs just like you, to Awesomize your Business, your Life, and the World.

I feel that if we miss any of those three pieces, we just aren’t whole and fully living the lives of our dreams. Or to sum up, we aren’t our most Awesome selves.

For instance, we’ll use me as an example.

For those visual types like me, this is what makes the most sense to me when I’m self-assessing. 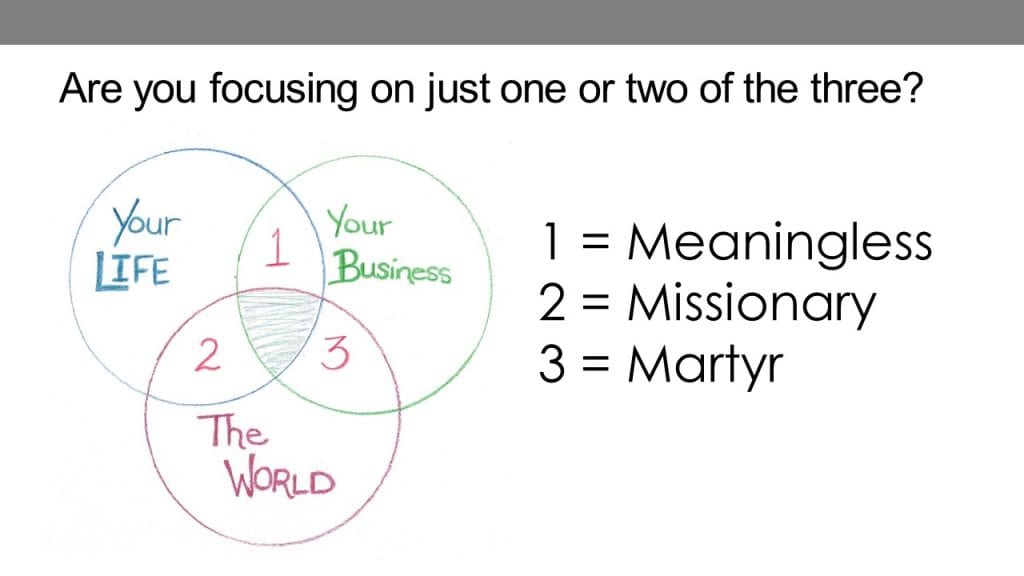 As you can see, the sweet spot is when all three areas are given attention. THAT is where the Awesome happens.

In my keynote I also shared a story of James Dering, who lost 70 lbs in 18 months and also rekindled his marriage, started a business, and became a better father to his five children – all by using one simple trick.

What James did is this.

And, I want to help YOU to become the Awesome version of you.

Here’s what I’ve got going. For the month of April I’ve opened the Awesomization Nation where Amazing Business Owners just like you are doing to make an effort to become their awesome selves, by simply being aware of and doing more awesome. We’ll share and cheer each other on and I’m betting we feel a shift in the planet with as much awesome stuff is going to happen.

In fact, in the Facebook group, they’re starting without me! (And I love it.)

Here’s what Shelley Hitz did yesterday. 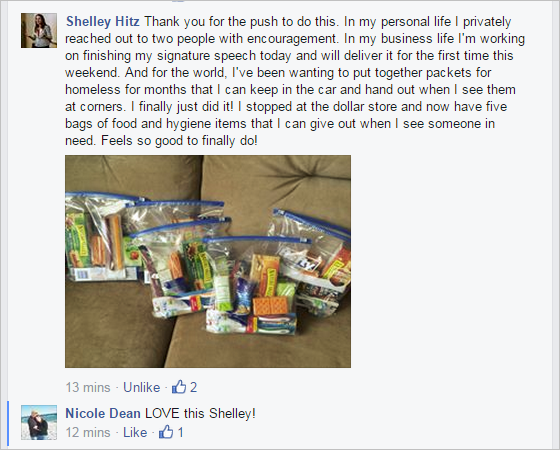 And, they keep on coming! 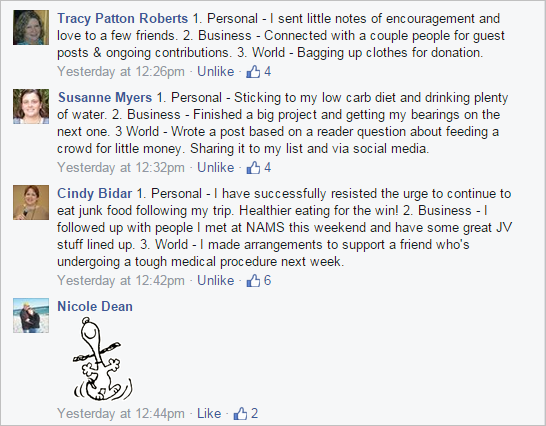 I would love to have you join us and make April 2015 your most … wait for it… Awesome month ever!

PS. Go it alone? Or be surrounded by amazing energy and positive people who will inspire you? What would Awesome You choose? 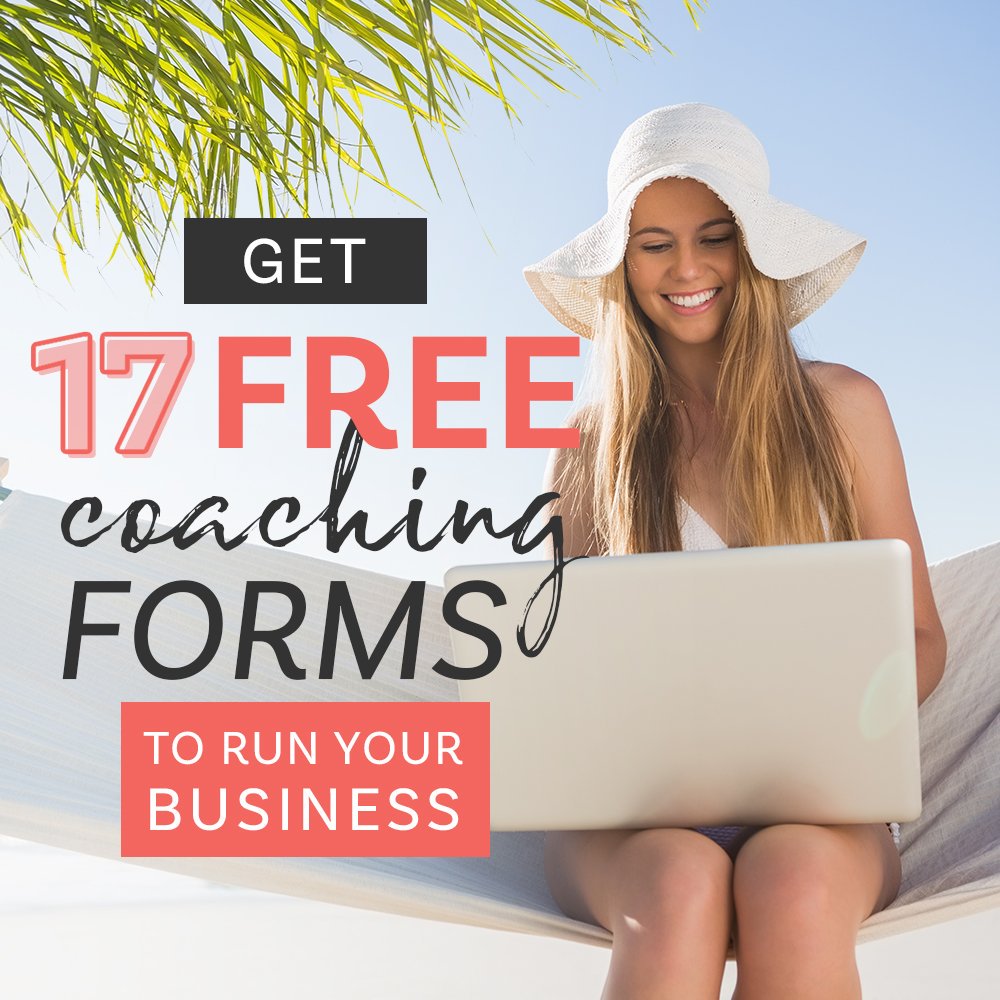 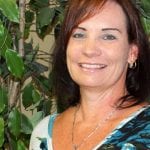 I am new to CoachGlue and just starting my coaching business.  When I first explored CoachGlue’s material my first thought was, “WOW, finally exactly what I have been searching for!!”

CoachGlue’s VIP program made me an expert overnight and it is exactly what I needed to bring my business into overdrive. I can’t wait to start putting it all to use this year. Because of CoachGlue I will be able to have a monthly subscription service, host webinars, and group coaching calls immediately. All because I don’t have to spend the hundreds of hours it would take to create all this content.

Thank you CoachGlue for making such wonderful material that I can use to teach my clients and move them forward in their businesses and careers. Making dreams come true one person at a time.

I would be totally lost without Melissa and Nicole’s help. CoachGlue had allowed me to expand my current product offering to include an amazing 8-week business school. Without them this adventure would not have happened. AGAIN, without them, I would LITERALLY have to go out of business.

I have actually been a part of Melissa’s tribe since her “sweetie” days. So I know firsthand that everything she puts out is definitely worthwhile and the quality is superb. This is why after all these years, I continue to follow her. I would like to say PLEEEEESE, do not stop what you are doing….I love making money…lol! 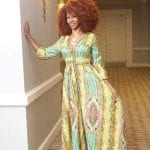 Discovering CoachGlue has made the things I learned in other coaching programs much more clear. Being new to the coaching industry, it gives me great content ideas and streamlines the process of implementation so I’m not stuck in my creative brain. These products make it easier to take action using what I’ve learned elsewhere. Excited to see my business grow now.

I have already given my first live workshop at my local town library and three of the six attendees have taken on my services.

I know this business model works which is encouraging me to start building plenty of courses to keep things fresh and, of course, up to date. 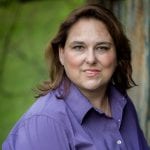 I love the high quality,  comprehensive and well-planned workshops from Coach Glue. Because I have all the steps laid out, from promotion to sales, to hosting high value training, it makes my work so much easier. I don’t have to start from scratch every time I create a new course, workshop, or training session.

I also do live, in-person training and workshops and I know I can count on the excellent materials from Coach Glue to supplement my own research and work. My attendees and students will have awesome experiences and plenty to take away and implement. 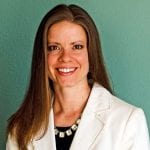 Coach Glue provides amazing, high-quality content. Shhhh….It’s been one of my secret weapons over the past few years. I’m not sure I want too many people to find out about it. Here are just a few way I have personally used Coach Glue’s content in my business:

Subscriber Gifts. I love surprising my e-mail subscribers with free gifts. Using content from Coach Glue allows me to create a high-quality gifts without starting from scratch.

Product Bonuses. Adding value to my trainings and group coaching programs is important to me. By using content from Coach Glue, I’m able to add related bonuses to my training to increase the value to my clients.

Continuing Education. Sometimes I buy their packages to simply go through the training myself and continue to learn.

Both Nicole and Melissa are committed to providing great content and it shows. I highly recommend Coach Glue!