We’re Giving Away Over $10,000 in Cash Affiliate Bonuses this Month!!

You read that right. We’re giving away over $10,000 in cash bonuses to our affiliates in ADDITION to tens of thousands we’re paying out in commissions, too.

Dates: January 1-31, 2017.
We know that the New Year is a super-busy time where people are actively trying to grow their businesses, so we want to make it really easy for you to make a lot of money. What better way than promoting CoachGlue.com and sharing our excellent resource with your readers, followers and fans?

Commission: 50% on EVERYTHING
We pay 50% commission on ALL of our products this month (including our All Access VIP program which is normally paid at 30%). That is on both one-time purchases AND recurring, as well. (This is pretty unheard of in our industry but we are PROUD of our JV partners and LOVE paying YOU every week.)

Here’s what extra CASHOLA you can win/earn this month: 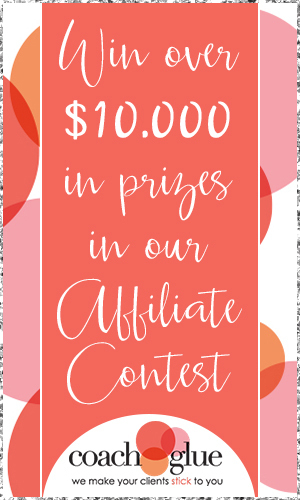 The contest is based on total sales for the month of January on any and all of our programs at CoachGlue.com. (See promotional calendar below for ideas, or contact Nicole directly if you have ideas, suggestions, or questions.)

Here’s what you’ll get in ADDITION to your commissions.

Yes, we will publish the leaderboard so you know who you’re beating! 🙂

If you’d like to know what you can promote throughout the month of January, here’s a look at what we have rolling out this month:

Yes, your people can use it to buy one planner or all of them.

What Else Can You Promote?

You know your audience better than we do. So, start them off with a freebie and we’ll warm them up, give them a great deal on a bite-sized item, or send them straight to our VIP program.

1. Our Free Funnels are a Hit!

You can get them here:

There is a OTO in the process. Otherwise, they’ll have the option to buy our new products as they are released as they are put into a campaign that educates them about everything that we offer at CoachGlue.

Give your audience this coupon to save $17 on any of the planners below to bring the price to $20 each.

We have so many new people just discover us and grab our $997/year program the same day. So you can skip the free funnel and just promote that if you think your market would just like to get straight to business and get everything we have in one fell swoop. 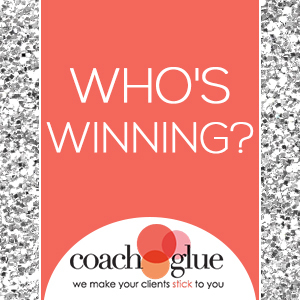 Much much appreciation also to:

Not An Affiliate Yet? Here are 8 Reasons Why You Should Be!

We’re assuming you already know us and love us, but if not, check out who we are and what we do.

If you reach coaches that need done-for-you workshops and training on a regular basis that they can plan their programs around, we aren’t just the best, we are the only show in town that releases complete coaching workshops on a consistent basis.

2. “Repeat sales” is our middle name.

Our customers buy everything that we release. (Seriously. Everything.) They buy again – and again – and we help them to grow their businesses.

We use Infusionsoft and we have our program set for 50% commission on initial and ongoing sales and 30% for our VIP program (although that’s 50% for this month!). We have NO end date set and no minimum payment amount. We also have Infusionsoft set to look at the referring affiliate for all purchases, but if the person is on a new computer and/or buying with a new email address, it will look at IP address when no cookie or referral information is found. We want YOU to get paid for all of your referrals.

We have THREE recurring programs (1 monthly and 2 annually)  – which is pretty sweet, as you get paid on all rebills. Yes, if someone signs up for our monthly program and stays for five years, you’ll get paid EVERY SINGLE MONTH for those five years.

We pay on time, every time. (The only exception is the “stinker clause”.  If there is anything suspicious we may hold your payment for up to 45 days. This is extremely rare and has only been done in extreme cases.)

6. This month, you can win tons of extra prizes.

See above to find out what you can win!

7. We will help to make sales from your referrals who don’t buy right away.

The people who you send to CoachGlue who do not sign up for our list or buy anything their first visit will be remarketed to on Facebook and Instagram so that we can help YOU to make more money. We do NOT use an affiliate link to track this, so your referral REMAINS your referral.

8. We are happy to help you to promote.

Some affiliates like to do big pushes via email and webinars. Others like to integrate us into their entire business so they’re making sales years from now.

We want to help with both types of affiliates.  However YOU choose to promote, we’ll try our best to meet you there.

Want to know more about us? Sure thing!

About Nicole Dean, Co-Owner of CoachGlue.com

Nicole Dean is a Pu 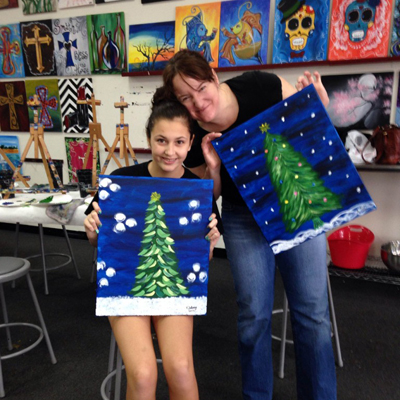 She is frequently asked to teach about the topics of Blogging, Outsourcing, Passive Income, Working from Home Successfully, Content Repurposing, Running a Profitable Affiliate Program, Creating infoproducts (as she’s released hundreds of her own), Productivity, and List Building – among other things.

Nicole has been featured in several books, and has published her own books as well. One of her greatest talents is getting other successful and talented people to write content for her – for free. In fact, her book series “Expert Briefs” is mostly written by her colleagues.

Yes, her Mission is To Make the Web and the World a Better Place – and, Have a Lot of Fun and Make a Lot of Money While Doing It.

She enjoys work very much, but lives to spend time with her much-adored husband, her two silly children – and also her two slightly neurotic puppies, Einstein & Luke.

But, Nicole isn’t stuffy by any means. She loves to travel and has made it a personal goal to get her passport stamped in a new country every year. She has a great belly laugh that can be heard in a very crowded room. She’s also a bit geeky (has been to a Star Trek convention and knows James T. Kirk’s middle name).

But she’s also got a super soft heart and does work with orphans (and has a daughter and grand-daughter in Latvia – which is a long story for another time) and she strives to supports families who are adopting both financially and emotionally. She has fostered nearly a dozen dogs who were in transition from an abused or neglectful situation into new loving homes.

She also loves doing jigsaw puzzles with her Gramma every chance she gets. 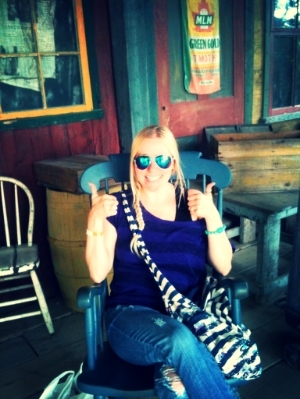 Melissa Ingold believes that an entrepreneur truly steps into their power and joy when they shift out of their self-assigned job as task doer, and realign themselves with their true role as the visionary creator for their business.

Overcoming teen pregnancy, single parenting, poverty, and no business experience, Melissa built a highly sought after service business from the ground up. However, after 5 years of running her business single-handily, while taking care of 2 young children, a husband and managing a household, she was exhausted, frustrated, and just wanted to throw in the towel, crawl into bed, and hide under the covers until it all went away. But what she quickly discovered, is that her rock bottom break down was actually disguised as a life changing break-through.

In 2006, desperate to escape the cage her business had built around her, Melissa took a leap of faith and hired her first virtual assistant. It was a move that would change the course of her business and life forever. Over the next few years, in her new role as the visionary creator in her business, she transitioned out of the service industry, hired more help, restructured and streamlined her business model, and designed a business around her life, rather than forcing her life to conform to her business.

By 2010, Melissa’s team had been running her business for almost two years so she could work just a few hours a week and devote the rest of her time to taking care of her third child, a baby boy with special needs. In mid-June of that same year, her son passed away in his sleep just 8 days before his second birthday. Today, Melissa attributes outsourcing and the support of her team for the magic that kept her business growing and making money, while she had the freedom of time to cherish every moment with her son.

Melissa now runs several successful businesses with the help of her fabulous team. She creates 100+ new products every year, runs 6 different monthly membership programs, is an affiliate marketer, and has created a slew of fun projects with amazing joint venture partners. After the loss of her son a few years ago, Melissa is opening up about her experiences and sharing her message about outsourcing to help other entrepreneurs bridge the gap between a business that takes all your time, energy, and joy to one that works for you and supports you in creating the life you’ve always dreamed about.

Who Else Promotes Us? 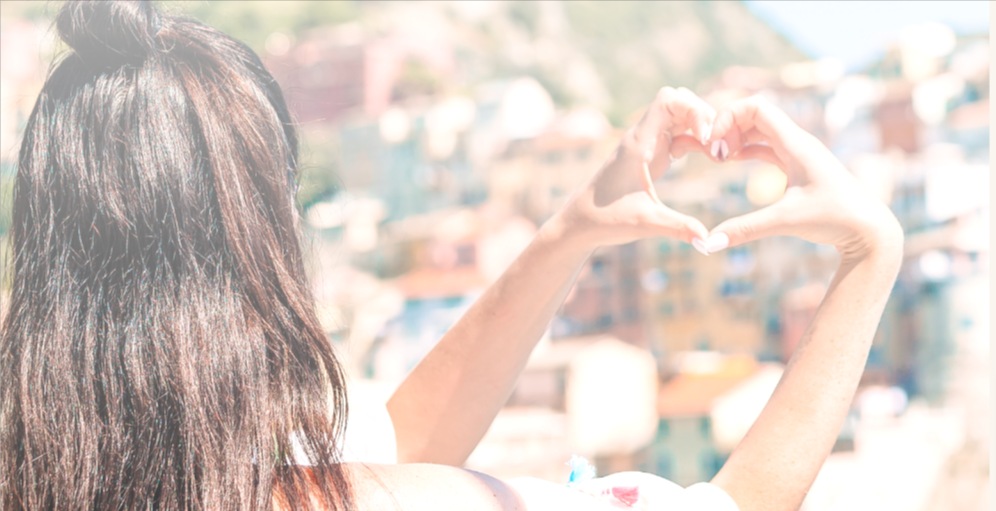